Full Name
James Rosemond
Job Title
President
Company
ISM Houston
Speaker Bio
James Rosemond has been an active member of ISM-Houston since 2018. James’ prior professional experience centered around maintenance and plant operations. He first learned of the organization through a colleague while pursuing his MBA in Supply Chain Management. Throughout his first meeting, he immediately realized the strategic value of the organization emphatically exceeded the expectations he anticipated.
In February 2019, James assumed the responsibility of Marketing Chair on the board of directors of ISM-Houston after completing his graduate studies. He has served in this role for two years. Here, he has worked with every committee and built relationships with committee chairs. Most often, he has worked with the Supplier Expo, Golf Tournament, Public Relations, Professional Dinner Meetings, and the Emerging Professionals Group. He has vehemently worked internally with ExxonMobil to expand ISM-Houston’s footprint within their Procurement Organization through participation in their Market Intelligence and Benchmarking segments.
James’ priority, if elected as Vice President, will be two-fold. First, he plans to focus on expanding ISM-Houston’s reach with our up-and-coming Supply Chain Professionals. Secondly, he plans to bring awareness to young people and increase interest in the profession as a career path.
James was born and raised in Houston, Texas. He graduated with honors from the High School for Engineering Professions and earned a Bachelor’s of Science in Electrical Engineering from Prairie View A&M University.
In 2008, he began his career with Anheuser-Busch in Houston and held positions of increasing responsibility, including Area Manager and Business Process Manager. In 2011, he founded the JANOR Corporation with his wife. He served as President and COO before moving into an advisory position in 2016. JANOR Corp. grew to have over 600 clients and currently has 16 full and part-time employees.
In 2017, James moved from Anheuser-Busch and began his career with ExxonMobil as a Senior Project Associate. In 2019, James was the project manager for ExxonMobil’s warehouse digitization project to increase MRO warehouse inventory tracking/tracing capabilities and streamline GR processing. James currently serves as the Senior Benchmarking and Market Intelligence Associate advising the Supply Chain leadership on market trends and competitive benchmarking.
James resides in Houston with his wife of 12 years and their three children. In addition to ISM-Houston, James, also, is on the board of directors for Elevate by HDW and is an active volunteer with INROADS Houston.
Speaking At
Chair's welcome and opening remarks
Closing remarks
Chair's welcome and opening remarks
Closing remarks 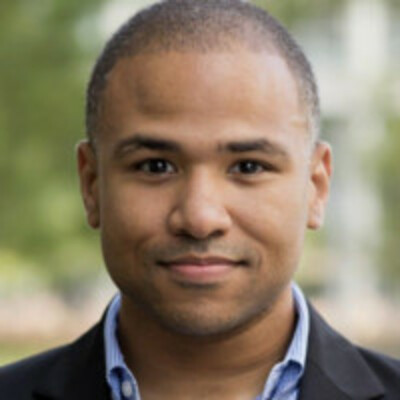