Full Name
Jingfei (Jennifer) Guo
Job Title
General Manager, Upstream Supply Chain Management
Company
Chevron
Speaker Bio
Jennifer Guo is the Upstream General Manager for Chevron’s Procurement/Supply Chain
Management (P/SCM) function. She has held the position since February 2018. Her role is
critical to driving commercial stewardship of the multi-billion dollar annual third-party spend.
With 20 years of experience in Chevron’s P/SCM function, Jennifer has served in upstream,
downstream, and corporate leadership roles in the United States and Angola. Jennifer started
her career at Chevron in 2002 as a Business Analyst in the MBA Development Program.
She is the Chair of Chevron’s Asian Executive Association (AEA), a group formed in 2019 to
drive leadership development for Asian employees. She is also a member of the executive
forum of the Society of Asian Scientists and Engineers (SASE). She also serves as a board
member on the Dean’s Advisory Board at the University of Houston at Victoria Business School.
Before joining Chevron, Jennifer had a career in environmental consulting. From 1998 to 1999,
she was a post-doctoral Fellow at Harvard University, focusing on the United States and China’s
collaborative efforts in carbon reductions and offsets.
She received her Ph.D. in Environmental Engineering in 1997 from Tsinghua University in China
and her MBA from Arizona State University in 2002.
Speaking At
Fireside chat: Chevron’s perspective on integrating ESG throughout the organization 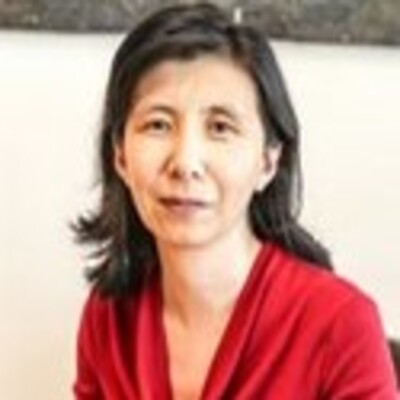